Skip to content (Press Enter)
Home>Mobiles>10.or>Percy Jackson and the Sea of Monsters (Book 2) (Percy Jackson And The Olympians) 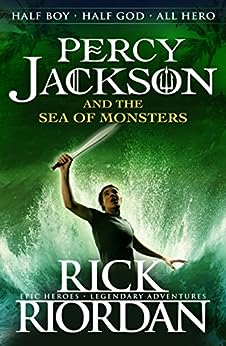 Percy Jackson and the Sea of Monsters is the second thrilling journey in Rick Riordan's bestselling Percy Jackson collection.

Half Boy. Half God. ALL Hero.

You can't inform by me that my dad is Poseidon, God of the Sea.

It's not simple being a half-blood lately. Even a easy recreation of dodgeball turns into a demise match towards an unsightly gang of cannibal giants – and that was solely the starting.

Now Camp Half-Blood is underneath assault, and except I can get my arms on the Golden Fleece, the entire camp might be invaded by monsters. Big ones . . .

'Puns, jokes and refined wit, alongside a gripping storyline' Telegraph

'Witty and impressed. Gripping, touching and deliciously satirical…This is most certainly to succeed Rowling' – Amanda Craig, The Times

'Perfectly paced, with electrifying moments chasing one another like heartbeats' New York Times

The Kane Chronicles collection:
The Red Pyramid
The Throne of Fire
The Serpent's Shadow

The Trials of Apollo collection:
The Dark Prophecy
The Hidden Oracle
The Burning Maze